As is typical of all bureaucracies, the state of Massachusetts has laid out its guidelines for Phase III Mandatory Safety Standards (August 10) for re-opening restaurants by releasing a 4,500-word directive whose implementation gets down—I kid you not—to pretzels and potato chips, plexi-glass dividers, pool tables, chalkboards and salt and pepper. Tough as such standards will be to adhere to on a case-by-case basis, Boston’s restaurants are doing everything they can do save their businesses.

One large operations which I visited last winter before the pandemic hit, had little time to resurrect their three establishments and re-hire sufficient personnel to enforce the flurry of regulations, but, as I’ve noted before, there is no more resilient and determined industry in America than the restaurant sector. 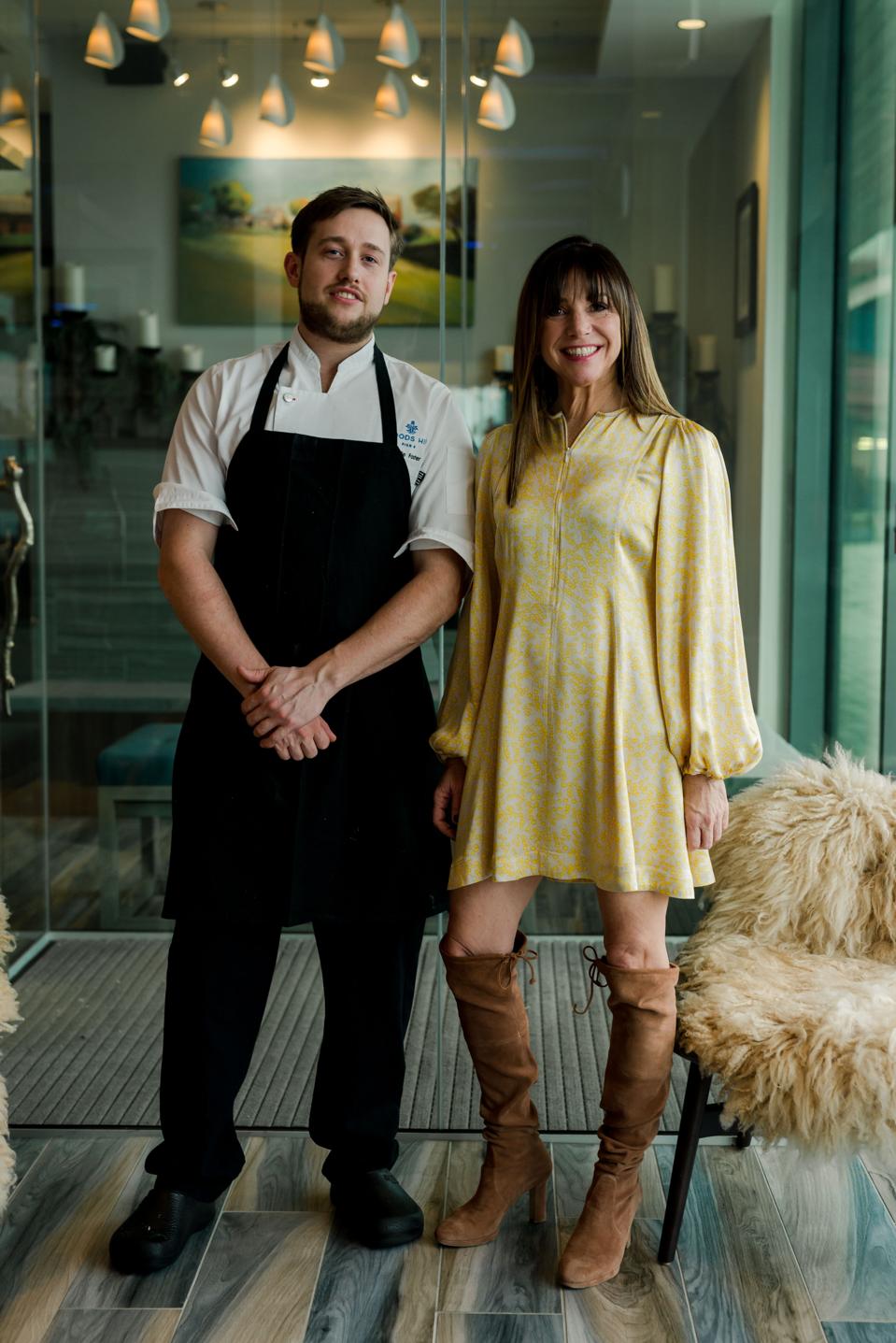 Woods Hill Pier 4 (300 Pier Four Boulevard; 617-981-4577), located on the repurposed Boston Harbor piers where the famous (and creaky) Anthony’s Pier 4 used to sit, is part of a development, like New York’s Hudson Yards  that has razed whatever historic atmosphere the area once had, now a warren of high-rise glass and steel buildings indistinguishable from their mirror images in Asia.  Ironically, then, Woods Hill Pier 4 is a restaurant with a very clear link to the traditions of New England bounty and provender.

Seeking to maximize all possible means of producing profits during the epidemic, they are currently open for dinner 7 days a week, with lunch on Friday, brunch of Saturday and Sunday. They are doing “contactless” take-out, including cocktails, and the outdoor patio season will extend into fall and winter with heaters.

It’s a good-looking modern dining room, though hardly farm-like, with a rippling wave-like ceiling, sea blue armchairs, and a large window wall. (At full capacity it gets very loud, but these days that’s not a problem with reduced seating.) When I visited last February, the menu was more-or-less winter based, which meant cold water halibut with a luscious green peppercorn beurre monté Swiss chard, rutabaga and candied lemon ($27), and a lovely parsnip tartine with buckwheat crust, maple-glazed carrots, frisée and the tang of grapefruit ($15). Shaved Rhode Island whelk was a delight, bathed in lobster broth with green apple and lime ($17). The housemade pastas included a well-wrought bucatini all’amatriciana with guanciale bacon from their own farm ($28) and another with lamb bacon, eggplant caponata, pine nuts and a mint gremolata ($29). Both are still on the menu. There’s also a lavish shellfish platter for four to six people at $130.

I’m not a fan of grass-fed beef, but the lean steak tartare took on fine flavors of rosemary and tallow aïoli, crispy shallots for textural interest, a quail egg and warm, chewy baguette ($16).  I was happier with the nicely-fatted crispy lamb ribs with urfa pepper and a red wine glaze ($19), and a full-flavored glazed pork butt with winter squash ($23). Incidentally, all menu items have code letters to indicate if they gluten-free, dairy free, vegetarian and nut free. It’s come to that.

Now, at the end of summer, menu items (I have not tried)  include whelk with melon, cucumber, sesame, torn herbs, Thai chili vinaigrette ($18); pork belly confit with peach ponzu, Maine kelp salad, jalapeño (($17); a watermelon and fried clam salad with shaved sweet peppers, mint and habanero yogurt dressing ($17); and now, with tomatoes at their best in New England, heirloom tomato salad with crispy feta stuffed squash blossom, basil and purslane aïoli and espelette  pepper ($19). And this would hardly be Boston if they didn’t include a mound of lobster, celery, red onion, creme fraiche inside a warm popover.

For dessert there are hot beignets with rhubarb aïoli butter and chocolate  ($12) and daily ice creams. The lemon meringue pie is an American classic.