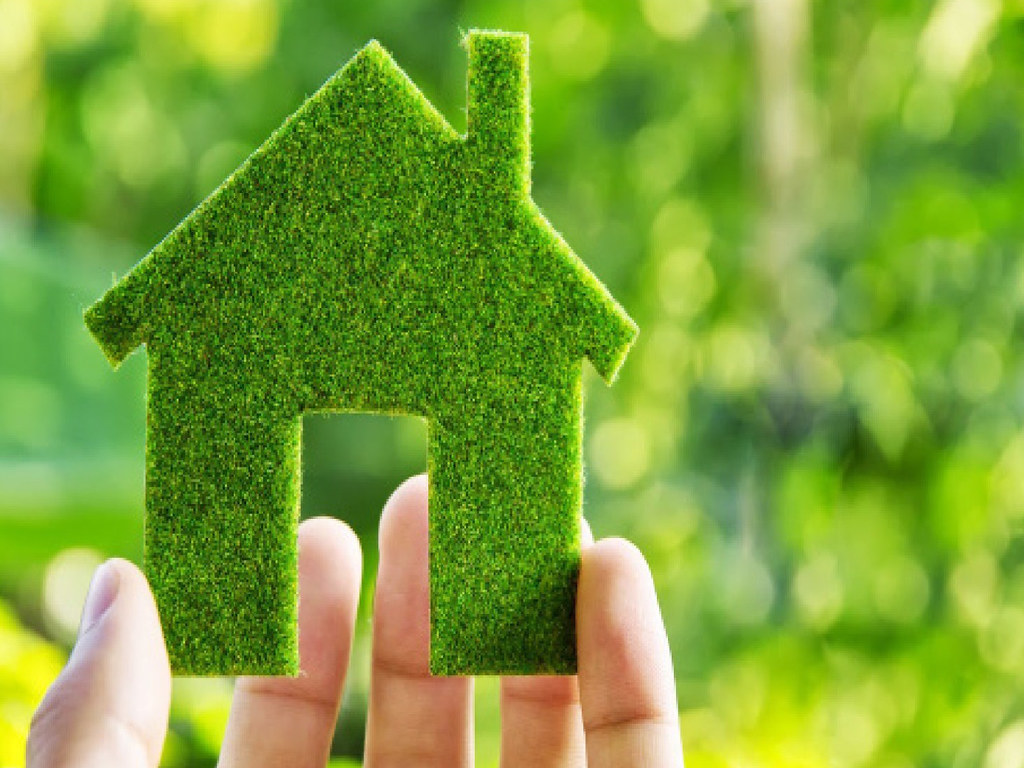 The Federal Reserve is currently debating whether or not interest rates will continue to drop in July. Even after the drop this week from 3.99% to 3.94% according to Bankrate, investors and homebuyers nationwide are hoping that there could be a quarter point to a half a point drop next month. The last time mortgage rates were this low was November of 2016. It was the seventh decline in the past nine weeks for the 30 year fixed rate mortgage, which was at 4.55% this day last year. Most institutional investors anticipate a quarter point drop in July of this year in order to combat the uncertainty of the upcoming trade talks between President Trump and Xi Jinping. If the Fed anticipates that these discussions may turn sour, then they will buoy the economy by lowering the interest rates to spur investment.

So what does this mean for new home buyers and sellers? Now is the time to start researching how much buying power you have, because with this new rate decrease, monthly payments will be lower than ever. You may not even need to put 20% down depending on whether or not you are in a competitive real estate market. This is the time of year where deals can be made, and with lower interest rates, your purchasing power might be stronger than you expected.

Thought about refinancing your mortgage? Buying a new condo? There’s never been a better time to see what’s out there on the market than right now before the Fall frenzy begins. Contact us on our website and let us help you navigate the market.

Construction on Boulevard on the Greenway is underway, with the previous building in its place being demolished and the facade being preserved.

The 31-unit luxury condo building coming to the Financial District will overlook the Rose Kennedy Greenway and the Boston Harbor.

The building is a perfect blend of the old and the new, allowing residents to walk through the historic Bulfinch building into the new, modern residences.

Residents will benefit from the permanent park in front of the building, as well as, a concierge service, a club room, a fitness center and a parking garage.

One of the outstanding features of the new building will be the one large glass wall throughout the whole building.

The luxury condos will benefit from a central location, walking distance from the Financial District and Downtown Crossing, with all amenities nearby.

The building will also have ground floor retail, adding to the lively surrounding community.

Contact us for more info about Boulevard on the Greenway or any other new luxury buildings in Boston!

Six development teams are contending to redevelop Boston’s Winthrop Square with proposals including residential, retail and office space plans. The six projects are distinctly different, however they all promise to bring a plethora of good food to the Financial District.

Boston Business Journal provided an in-depth look into all six proposals and how they hope to transform the area. These plans include giant towers, co-working space, retail space, condominiums and dining options to satisfy visitors and future residents of the area.

Each of the Winthrop Square proposals brings with it a unique concept or space for living, working and plenty of new dining options.

Another proposal by Millenium Partners includes a high-rise tower that sits atop a podium space called The Great Hall. Plans for the space within The Great Hall include three levels of dining, cafes and markets. With a strong focus on innovation and diversity and a desire to make it a main Boston hub, visitors will be spoilt for choice within this space.

The proposal from Trinity Financial focuses around a 1 million-square-foot tower including living space, a hotel, amenities and a even a public park. The 52nd floor would hold an 11,000-square-foot observation deck as well as a premier restaurant, lounge and bar. A two-story public passageway connecting Winthrop Square and Federal Street would also include a beer garden and two-level restaurant.

The projects each have a unique vision, but all tie into a similar theme of enhancing this space. The aim is to make it a thriving hub for living, working and dining.

Advisors Living will keep you up to date on these and all new developments as they progress. To find your new luxury home in this area contact us at contact@advisorsliving.com.

Your walk to work could look very different with a new addition to one of Downtown Boston’s most notable buildings. Just beyond Post Office Square sits 100 Federal Street in the center of Downtown Boston. Famous for the protruding appearance from the outside, Downtown office workers have fondly deemed it as the building with the bulge. Boston Properties wants to spruce it up and take advantage of the open street-level space below the building. Boston Civic Design Commission granted Boston Properties approval on the addition of a glass atrium at the base of the building.

Perkins + Will is the designer for the addition while a familiar face sits behind the landscaping design. Mikyoung Kim Design is slated to coordinate the landscape architecture. Mikyoung Kim Design is working on several projects throughout the city, such as the plaza outside of the Prudential at 888 Boylston St. and the Pier 4 Plaza steps outside of the 100 Pier 4 luxury condominiums in the Seaport.

To see Downtown properties email us at contact@advisorsliving.com.

After having undergone $82 million in renovations, Government Center T station is set to re-open on March 21, 2016. After being closed for two years, commuters rejoice as Government Center is finally ready to rejoin the MBTA as a central stop along Boston’s public transit.

The project was designed by Boston-based HDR Inc. and was built by Barletta Cos. of Canton and will feature a glass and steel entrance as well as new lobbies and elevators to the Green and Blue Lines. New station lighting and an expanded fare collection area to refill your Charlie Card are also expected to be part of the new station.

This could just be the beginning for Government Center. Developers are looking at City Hall Plaza near Government Center station T stop as an ideal location for a Boston recreation and cultural destination. According to The Boston Globe, “The owners of TD Garden have won a bid to remake Boston’s City Hall Plaza, proposing to transform the little-loved, windswept brick expanse at the heart of the city into a bustling year-round hub of arts, food, and leisure.”

New York-based design company, Delaware North Cos., came up with several concepts for the outdoor space abutting Government Center T station. Concepts included several iconic structures including a “#Boston” sign and a 200-foot tall ferris wheel. Art installations similar to those that appeared at Lawn on D were also discussed, including an interactive series inspired by the glow-in-the-dark, music-playing “Impulse” seesaws in Montreal. Not only that City Hall Plaza could be home to concerts not just during Boston Calling but all throughout the year.

Plans for City Hall Plaza are still only in the concept phase as more ideas emerge, but on March 21st one thing is for certain, residents will have easy access to this bustling city center with the newly renovated Government Center T station.

According to The Boston Globe, The Boston Redevelopment Authority has put out a formal request for proposals for redeveloping the Winthrop Square Garage located in the Financial District. Eight development teams have already submitted proposals, including Millennium Partners, the team responsible for the Millennium Tower in Downtown Crossing, Boston’s 690-foot luxury condominium. The Fallon Co., the team behind developments in the Seaport such as Twenty Two Liberty, a 118-unit luxury residential tower in Fan Pier, has also submitted a proposal. Their proposal for the Winthrop Square Garage includes two buildings composed of 32 floors of apartments and 18 condominiums. Accordia Partners pitched a 750-foot building containing 140 condominiums, a public gallery, retail and hotel.

These proposals could change as revised plans are submitted and new ones filter in in the next six weeks. For a preview of the eight pitches already submitted visit Curbed.

While proposals range from a public plaza to sky-high developments, what do you think will tower above the rest?

The Boulevard at 110 Broad Street in the Financial District lies on the edge of the Rose Kennedy Greenway opposite Rowes Wharf. Like that of New York’s High Line or Chicago’s Millennium, Boston’s Rose Kennedy Greenway provides a green oasis with fountain plazas and cultural and recreational activities for city dwellers and those working in downtown. Stretching across Boston’s urban center, the greenway is home to art installations, city-sponsored bootcamp and yoga events during the summer months, and local food trucks and markets year-round. Located along this green landscape and the city center and a short distance from Rowes Wharf, The Boulevard has all that you need in the bustling city to the peaceful views of the waterfront.

The interior of The Boulevard boasts floor-to-ceiling windows, which flood the open-concept floor plan with natural light. Beautiful views of the Boston Harbor decorate the space along with a mezzanine entertaining space and catering kitchen. European-style finishes and hardwood floors style the condos and lead to modern, elegant fireplaces. Stone countertops and custom cabinetry give these units a contemporary feel. The luxury condominium tower comes with amenities like that of its fitness center, daytime concierge and automated parking system.

The Boulevard is a six-story luxury condominium tower with 36 units, ranging from $1.4 million to $3.7 million. There are a limited number of these exclusive luxury residences available for pre-construction sale. Email us at contact@advisorsliving.com for more information.