The building’s waterfront prime location determined the design of an iconic building that would have high visibility from the Harbor, from the city and within the Seaport neighborhood. The building’s modern glass and steel exterior provides two distinct and different signature façades one facing the harbor and the other facing the city.

The West façade, facing Boston, has a more subdued gesture. It opens up to the city with a convex façade and having its three main features, the main entrance, a trapezoidal cut-out terrace at the fourth floor facing the Institute of Contemporary Art museum, and an open to the sky Penthouse terrace. All of these moves are located in a staggered rhythm creating movement towards the water.

The East Side, facing the harbor in a more intimate way, have these two story undulating triangular moves that shift and slide between each other, creating a constant movement that changes though out the length of the day. At night, the underside of the waves is lit up continuing to show this same effect causing a reflection on the harbor and the pedestrian walk below.

To achieve an oversize dimension of the glazing units (IGU) without the use of visible horizontal mullions, an intermediate transom or ‘kiss mullion was introduced. This allowed uninterrupted sleekness to the curtain wall surface.

The office lobby is located in the center of the building creating a public corridor from east to west serves as an important element in the public access requirements of the building, creating permeability through the building.

Elkus Manfredi Architects has been central to the redevelopment of Boston’s Seaport District since 2010. That year, with its initial project One Marina Park Drive, the firm set a high architectural standard for mixed-use buildings in the area. Elkus Manfredi’s next District project, Liberty Wharf, was completed in 2012. Liberty Wharf is a lively waterfront restaurant/office complex that strategically reinstated a missing section of Boston’s famed HarborWalk and has been recognized with a number of design awards, including the Preservation Achievement Award of the Boston Preservation Alliance. Elkus Manfredi has since played a substantial role in ongoing urban planning, and architecture in the Seaport: in a three-square-mile area, the firm is responsible for over six million square feet of new and re-purposed space, including retail, office, life science, hospitality, and mixed-use. 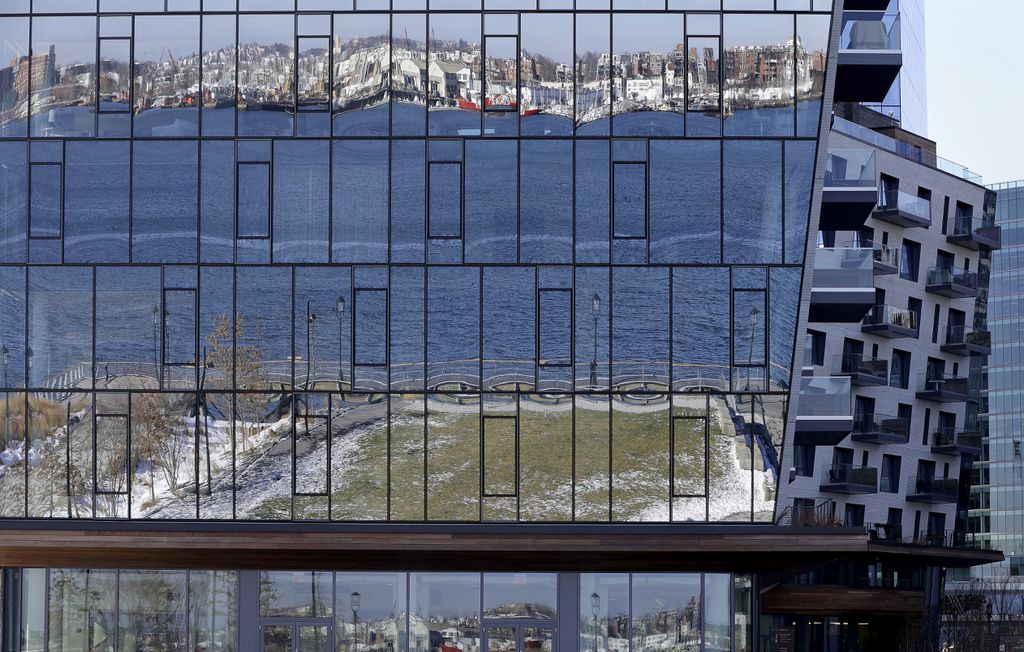 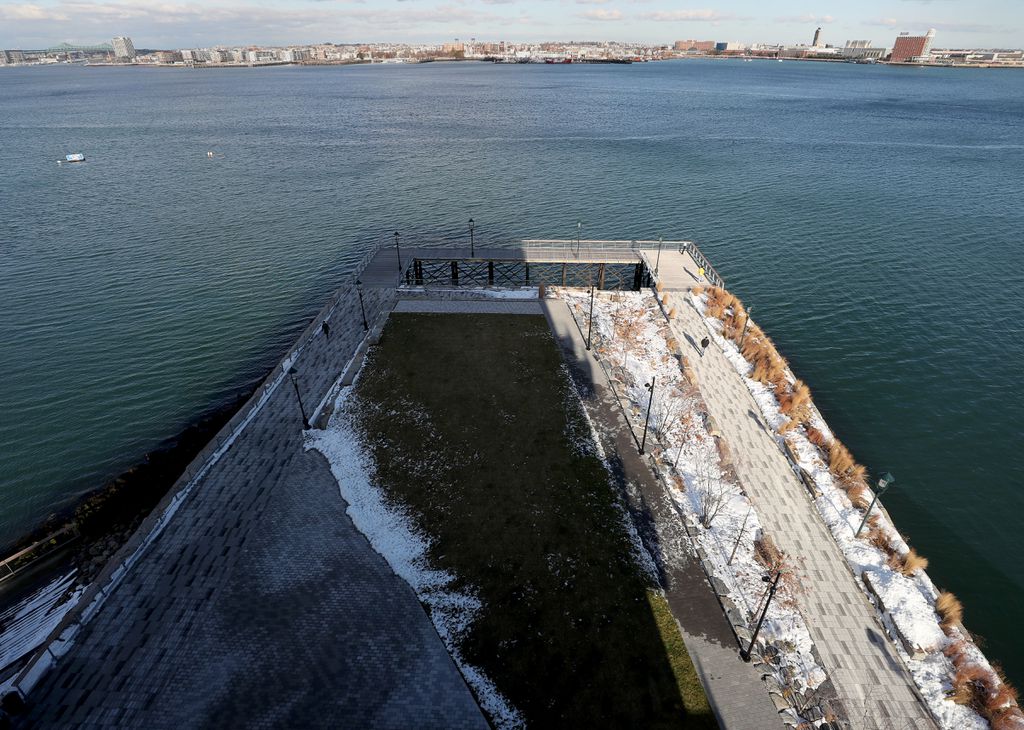 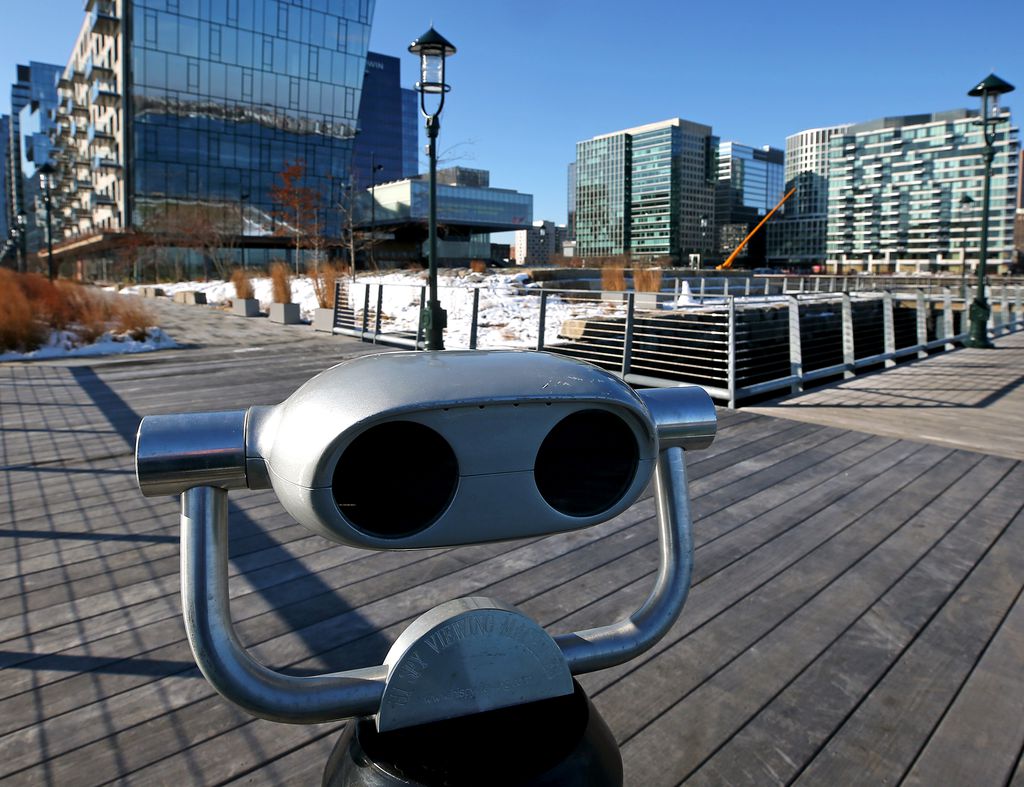 We are thrilled to introduce you to restaurateur Kristin Canty who will be establishing the Seaport’s first farm-to-table restaurant at PIER 4.

You may recognize Canty’s name as the mastermind behind Concord’s popular Woods Hill Table. Wood’s Hill Table is an organic restaurant, complete with a full bar, that is a culmination of Kristin’s passion for food, family farms, sustainable sourcing and ancestral health.

Read the below Q&A to learn about her inspiration, favorite dishes, why this location, and more.

Q: Why this location?

A: Having grown up in the Greater Boston area, I have fond memories of celebrating with friends and family at Anthony’s PIER 4. As a restaurateur, I’m inspired by its impact on the Boston restaurant scene. While the Anthony’s PIER 4 experience could never be replicated, we do hope to honor its legacy by providing the Seaport a convivial waterfront dining atmosphere and warm hospitality.

Q: Where do you source your products?

A: We source our products from our proprietary farm, The Farm at Woods Hill, in Bath, New Hampshire, and several other small, supporting purveyors. Purchased in 2013, our farm is the source for the vast majority of the food served at Woods Hill Table, including pasture-raised cows, pigs, broiler chickens, laying hens, ducks, lambs, blueberries, garlic, pumpkins, apples and more. The 265- acre property also boasts four beehives, and 200 mushroom logs that sprout mushroom varietals including oyster, shiitake, lion’s mane and maitake.

Q: When did you open Woods Hill Table and why?

Ever since I was personally impacted by the healing power of food many years ago, ancestral health has become a personal and public passion. Defined by pasturing farm animals, growing produce without pesticides and embracing raw and fermented foods, the concept is seamlessly woven through the Woods Hill Table menu, allowing me to share the foods that I’ve long created for my family with the larger community.

A: I’m a huge raw food advocate, and I eat our Woods Hill Farm Beef Tartare almost every day! It’s made with beef from our own pasture raised, grass-fed cows and is both flavorful and incredibly nutrient dense.

Q: Tell us more about Farmageddon.

A: After seeing the impact the incorporation of raw milk had on my son’s health, I spent years working with and advocating on behalf of farmers locally in New England and across the country. This inspired me to produce my documentary, Farmageddon – The Unseen War on American Family Farms. The film, which was released in 2011, captures the obstacles faced by the modern farmer and the injustices, including government raids and search and seizure, so often faced by the families that form the foundation of America’s food system.